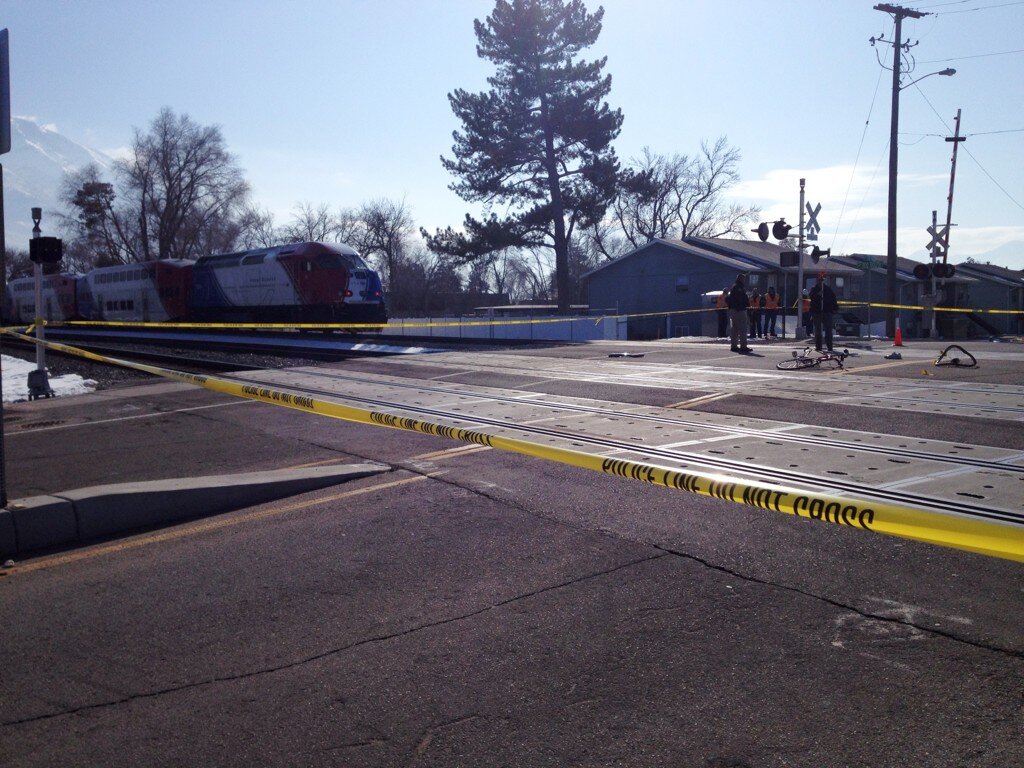 PROVO â€” A 69-year-old Provo man was killed after being hit by both a vehicle and a FrontRunner train Friday morning.

Dylan Cindrich #bikewalkprovostories This winterâ€™s erratic weather patterns, snowy single digits lows to sunny mid-sixties highs, ice and puddles, hasnâ€™t discouraged Dylan Cindrich from continuing his daily ride to classes at BYUâ€™s Main Campus. Last year Dylan bought a nice set of Bontrager fenders for his Trek Verve 2 hybrid bike and some waterproof clothing that has made all the difference. No longer does he need to commute in his car on those inclement weather days, and tells me he even sometimes finds the bad weather amusing. Dylan began bike commuting when he first started high school in Portland Oregon. He didnâ€™t want to be seen with his mother dropping him off in front of the new school, and the distance being too great for walking he decided to start biking. â€œPortland is a pinnacle of bicycle culture,” he interjects, â€œpeople like riding their bikes there.â€ It was â€œa pretty ride, by a golf course, and bike friendly streets with sharrows.â€ After graduating in 2017 Dylan entered BYU and moved to Provo, mostly walking to classes, but within a year he received the call and left Provo to begin serving a two year mission in Texas. Dylanâ€™s father knew his son would be covering more than a few miles during his tour of service, so he made a phone call to a local dealer and ensured that a new Trek Verve 2 was waiting and paid for when Dylan arrived. The climate and culture in Texas is somewhat different from that of Portland, PeopleForBikes puts Portlandâ€™s overall city ranking in the 92nd percentile and one can expect rain 140 days a year on average in the N/W coastal city, but biking is biking wherever the road takes us, and Dyland was ready to roll. In his new environment he faced much hotter and drier weather with little need for rain gear and fancy fenders, when Dylan returned to Provo two years later it was another story. Today he continues to biking for transportation, using his car only for trips to the grocery store (still heâ€™s considering buying a rear-rack and saddle bags) or for those longer trips, like to see friends in Alpine. And thereâ€™s much more to his enthusiasm. (continued in comments)